The Benefits of Hiring a Street Sweeping Service 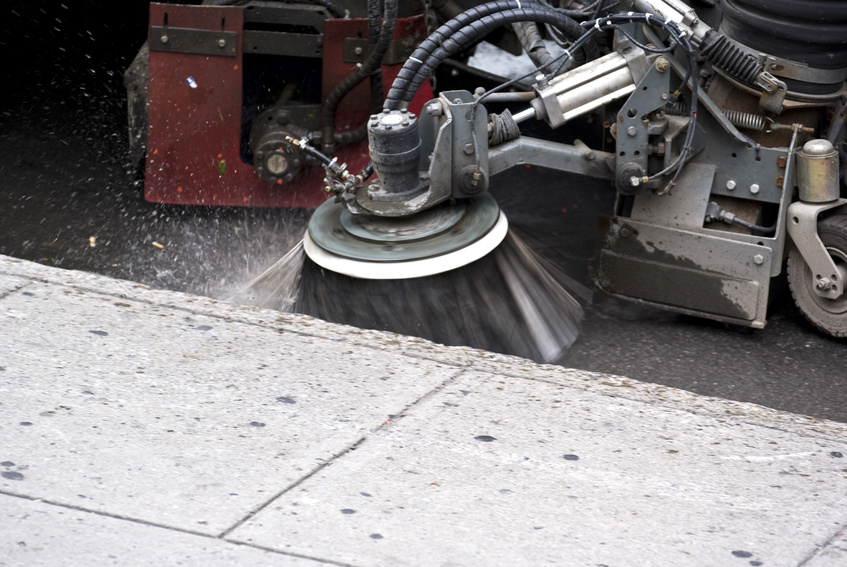 As their name reflects, the purpose of street sweepers, and a street sweeping service, is to clean streets, roads, and parking lots of organic matter, pollutants, and trash. This service is particularly important, and popular, in high-traffic urban areas.

The main type of street sweeping machines used in the United States are mechanical-broom-style sweepers. This type comprises approximately 90% of the street sweepers currently in use because they are much more effective for collecting and removing paper, leaves, and other types of trash that collects in curb gutters and other street surfaces.

It’s important to prevent this debris from collecting, as it can potentially block stormwater facilities. When a blockage occurs, it can contribute to flooding during heavy storms.

One of the major issues that results from storm seasons is run-off pollution. This generally occurs during heavy rains and after snow storms, as the snow and ice eventually melt. As a result, the water flows along roads, bridges, parking lots, rooftops, and other types of impermeable surfaces, washing off the debris.

Run-off pollution is a concern, particularly with roads and highways, because it usually contains heavy metals and pesticides. Urban areas can contain a variety of pollutants:

Nutrients and pesticides from turf management and gardening

When an effective street sweeping program is in place, it can minimize the amount of pollutants that collect on city streets. Furthermore, when street sweepers are used, they have the capacity to clear tons of large and microscopic pollutants from the streets and roads every year.

In addition to ridding the environment of pollutants, road sweeping services such as parking lot cleaning services, also make a positive impact on local businesses. When sidewalks, parking areas, and surrounding grounds are free from debris and otherwise appear clean, more customers will be attracted to that business. In other words, many customers believe the exterior of a business reflects its interior.

Having a reliable street sweeping service can make a difference in terms of the profound health and environmental damages caused by air pollution. On an annual basis in the United States, parking lots and other parking areas contribute to the substantial personal and public costs of air pollution. When regular parking lot sweeping is conducted, it can assist with reducing these substantial costs and make an impact on public health.