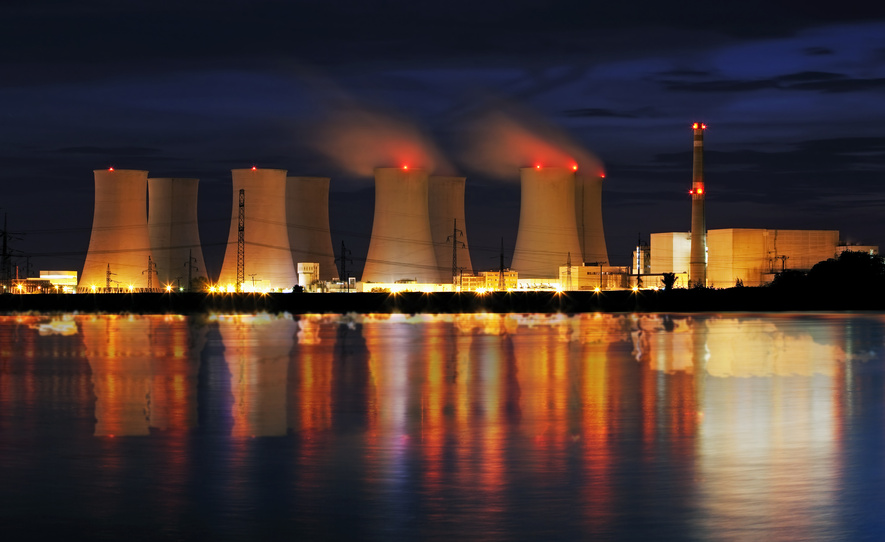 On February 9, a fire broke out at one of two cooling towers at the state-run Chandrapur Super Thermal Power Station (CSTPS), in the western state of Maharashtra, India.

According to the Business Standard, the fire was a result of a thin PVC lining within the 180-meter, 500 megawatt-capacity cooling tower catching fire. The burning PVC lining sent clouds of black smoke up through the cooling tower and into the sky.

Despite the alarming appearance of the smoke, CSTPS chief engineer Vasant Khokle told the Business Standard the fire wasn’t severe. The fire was extinguished in less than an hour by the plant’s own fire personnel, and caused very minor damage to the cooling tower. Only about 10% of the tower’s PVC lining sustained damage, Khokle stated, and this lining will be easy to replace. No injuries or fatalities were reported in the fire.

The cooling tower had been responsible for transferring process waste heat from the thermal power station’s operations into the atmosphere through water evaporation. Many cooling towers are lined with a thin layer of PVC to protect against corrosion from hazardous materials within wastewater.

To prevent another fire from taking place at the CSTPS, the Maharashtra Pollution Control Board has issued a notice to the thermal power plant seeking explanation for the fire’s causes and offering steps for the plant’s personnel to take in order to prevent future cooling tower fires.

What could have been done to prevent this fire from taking place? How do you work to prevent fires in your evaporative cooling towers? Share your thoughts and advice on cooling tower systems with us by leaving a comment below. More like this blog.